Oh yes we made it! The mid-season break for us is the opposite of a writers strike. With a 2 week break over the holidays and New Year. 2016 had killed my Banjo. (A new Hercules triple whammy guitar stand purchased for out of its case protection) catching up with sleep, countless games of drunken ‘New market’ and ‘Cards Against Humanity’ and indulging the sick horror of human nature when prompted.  Arse sitting whisky a go go was a luxury. When the over indulgence ended and the toilet rolls depleted, the detoxes began. Armed with a Garnet stone for creativity. 2 New Age albums ready to go in 2017. I began more work on the backing tracks for the new album. Plans as of this blog are: Making Monsters by Strange Currencies. It’s useful to lock ‘oneself’ away during the darkened months. I don’t get ‘SAD’ I get ‘Gutted’ =’ Godforsaken Unadulterated Traumatic Tedious Exhausting Darkness’

Pumped up with extra vitamin D complexities. Strange algae and red berry concoctions downed inspired by some doctor on my face book feed turned. Ones PP into rainbow bright droplets of strange waz. After a fleeting though of knowing now what I didn’t then ‘should I have not done ‘normal’ day jobs and dedicated myself to music full time when younger with gigging. Not drank, smoked, got stoned and let my shyness and rage rule too much.’ But then again I wrote and recorded loads. https://bogwoppit.bandcamp.com/   So not time wasted. But you see now. As my only left addictions to crisps and chocolate fade after getting some dietitian help. I looked at my  video reflection on facetime last night and thought no no NO!

I’d hoped for a quiet return to the day job into 2017. https://strangecu.wordpress.com/2016/12/13/into-2017-strange-currencies/ This was marred by it not being quiet. Organised chaos where everybody pulls out the stops to help out. I like my NHS job. It is rewarding when you can help make a difference….. and never boring. I might ache from running about miles of corridors after ‘slothing’ on my hols. Regret purchasing the ‘on sale’  £21 walking shoes that basically shit. I’ll stick to my Nikes and shoes for office/ meeting days. Luckily my trouser still button up and I can bend over without splitting my britches!

I regress… So plans in motion for a video for American Saviour. Really.. Really soon. The album is taking shape over evenings and weekends. Got some late January gigs with Strange Currencies. The 30 min set has been chopped and honed. Last year we tested various songs; have buried the ones that got less reaction from the people ignoring us on stage.  We’ve got a set that we like playing more now.

Big thank you to Andrew Neil for some inspiring advice and opportunities via his Facebook feeds. 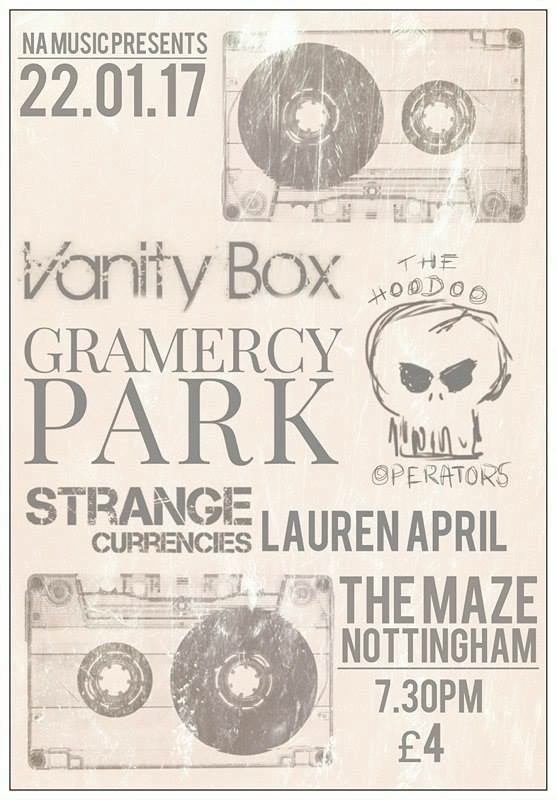 We’ve had a lot of fun on Acacia Radio http://acaciaradioaw.weebly.com/ Big thanks to Ian Hales, Shaun and Lucas Jackson. Interviews and live songs without swearing of to many FCUK ups. I even shocked myself doing Xmas songs with enthusiasm.  I was even in a good mood and excited! Little Donkey and Jingle Bells all the way baby!  https://www.facebook.com/strangecu/videos/1136161273172057/

The last time I dressed as Santa ended up being my last gig. I quit the band  that I’d  cofounded and put so much creative effort into a decade earlier. So the curse of Xmas jumpers… Only time will tell 😉 Jesus seriously doesn’t want me for a sunbeam.

Doing the amount of gigs we did from July 2016 https://strangecu.wordpress.com/gigs/  (as well as a full time day job and recording an EP.) At times the enthusiasm to play live after a long day was hard, tempers were tested, moods low. Well there were times when I just wanted to walk away and quit. As did PP Johnson. But. Then we’d have a good gig. The bad gigs when we played to the bar staff or crowds with their back to us were atypical of the growing expectation for musicians in the wrong venues to be background noise or karaoke with a guitar. There were nights after a long day I was tired and questioning, full of PMT and just want to cozy up with the Walking Dead. Resilience gets one through. The drive to achieve and surprise myself is strong like the force. My strumming fingernail has still not recovered and I’ve had to resort to more plectrum usage when used to my usual finger picking style.  Evolving….

I love technology. Xmas also produced make over  app fun! (My zombify pictures of Ange over xmas didn’t go down too well!)  But putting her Dad who had fallen asleep and provided an opportunity… Alan in make up and wigs did!

Then I went blond 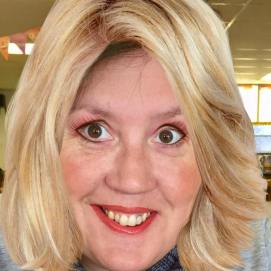 Then we went to Harry Potter World 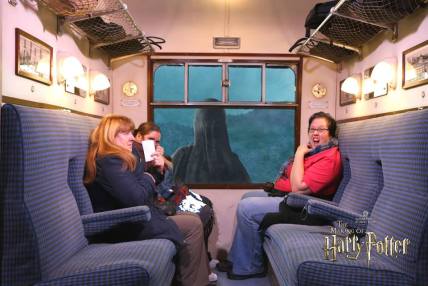 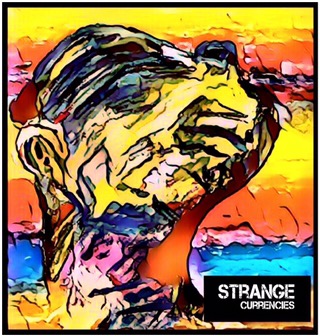 Onto the album Making Monsters

I’ve just bought a £23 self-assembly blues cigar guitar. I’ll be indulging along with the sitar to use on recordings this year. It’s very easy to get caught up with loops when in studio. American Saviour began as a mess about around the punch line. ‘Ride The Pony’ That Ange (My Wifey) and I were going to do for a piss take. We have some tracks nearly ready such as ‘Stay Down Kid.’ Originally a riff from one of my own ‘Sonic World’ reworked. I’m quite excited about Gypsy Disco. In Your World is a loopy starter for ten. The first batch is nearly there for final vocal takes. ‘This Girl’ is a haunting piano ballad. ‘Automatic’ is currently a bone of contention. The song ‘Making Monsters’ is near.    There is a new song ‘Mantaray’ that I’ve done some vocals on. This may end up on my next solo ‘Claudine West’ album though. There is a duet under the working title ‘Twosome’ about to be written. I’ve initially recorded a backing track and submitted some lyrics and concept ideas that may well be scrapped. I imagined a dark ‘Islands in the Stream’ around obsession and blame, about a lover and bit of a motherFCUKer that loses the plot and murders the man she is having an affair with. We will see what the next few months produce. PP Johnson has been producing lyrics and ideas.  I do love the writing and recording process. Big Thanks again to Angela Barker. Who organises, manages, drives, rodies, networks, gets the sh1t, gets the drinks at the bar and much more.  We are not easy Divas 😉

We spend the end of 2016 watching the winter sun setting in Portsmouth. Its rather lovely sat on a beach with a cup of tea readying for new musical adventures… 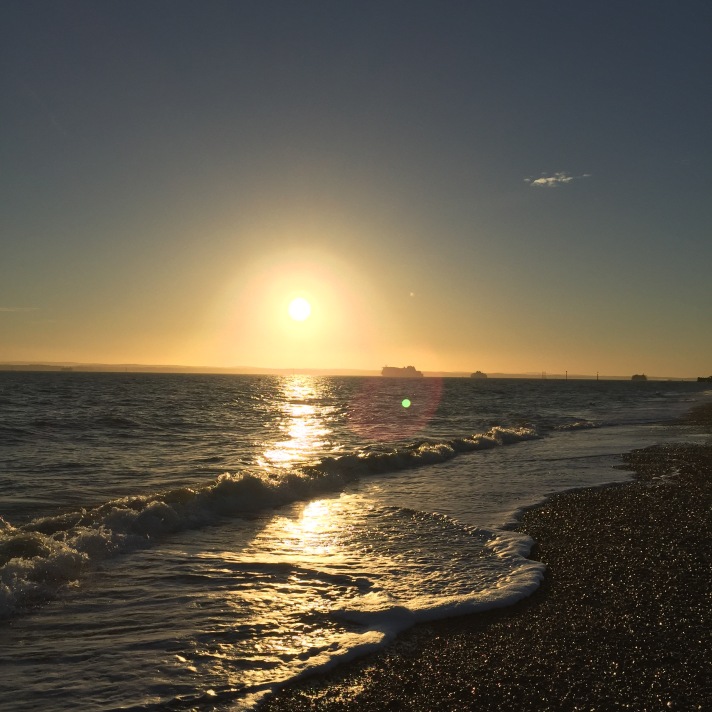